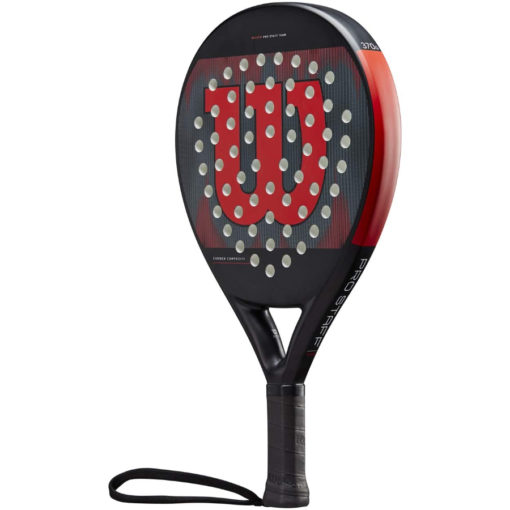 The Wilson Pro Staff Team padel racket – Black/ Red.  Incorporates Fiberglass Weave technology for the optimal combination of stability and response. Thanks to its low-density white foam core, this paddle offers stable performance with a comfortable feel and will boost the confidence of both beginner and intermediate players.

Padel as a sport originated in 1969 in the Mexican beach resort of Acapulco. The founder of padel. Enrique Corcuera, was a rich business man. At home, he didn’t have enough space to put in a tennis courts, so he came up with a similar sport.