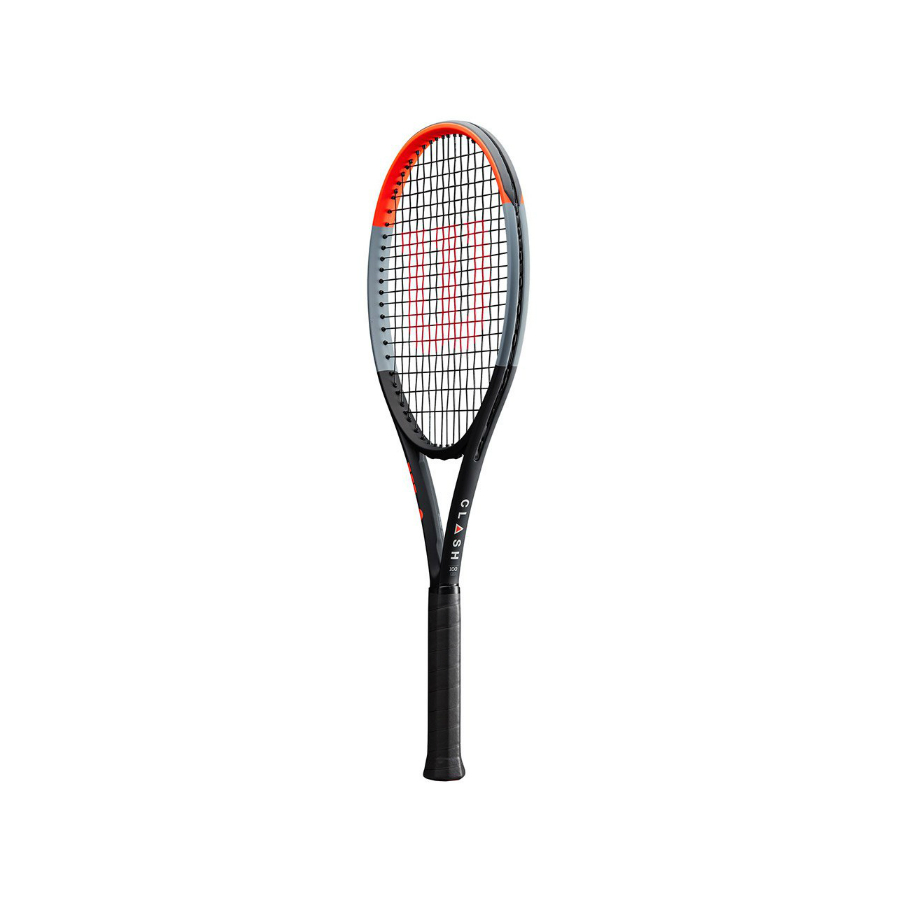 WILSON CLASH 100 PRO Tennis Racket – UNSTRUNG  – A racket revolution is upon us.  Powered by proprietary carbon construction and a unique frame geometry, Clash features a revolutionary frame that bends in all-new dimensions while maintaining best-in-class stability. The result is a racket that exudes unmatched confidence and free-swinging accuracy – a racket that delivers a playing experience unlike any before.

A highly playable performance racket that maximizes flexibility without sacrificing stability, Clash exudes absolute confidence for players of all ages and styles.

SEE THE PLAYTEST VIDEO to see player feedback – CLICK ON THE ARROW.≤ ON THE IMAGE

Come in store at Farnham, in Surrey – PURE RACKET SPORT specialises in only racket sports and has a large range of all you will need for your Tennis.  Try out this Tennis Racket and our range of Wilson Tennis demo rackets in store in our HITTING ROOM.  We here to give advice and guidance about which model might be best and explain all the technical jargon !

.About WILSON : Canadian-born Thomas Wilson established the company in 1914, partnering with American Jack Kramer in the late 1950’s  who created the Jack Kramer Autograph, which turned out to be one of the top-selling racquets of all time.  In 1967, the company introduced the first steel racquet, the Wilson T2000. – endorsed by Jimmy Connors.  In the 1980s Wilson began developing rackets with an entirely new construction made with graphite and Kelva.  Pete Sampras used the original Kevlar Pro Staff 85 racket,for the majority of his entire professional career.  Wilson continued to present day positioning themselves among the game’s legends by signing both Roger Federer and Serena Williams Williams have both used Wilson racquets to win a stunning number of combined major singles championships in their careers.