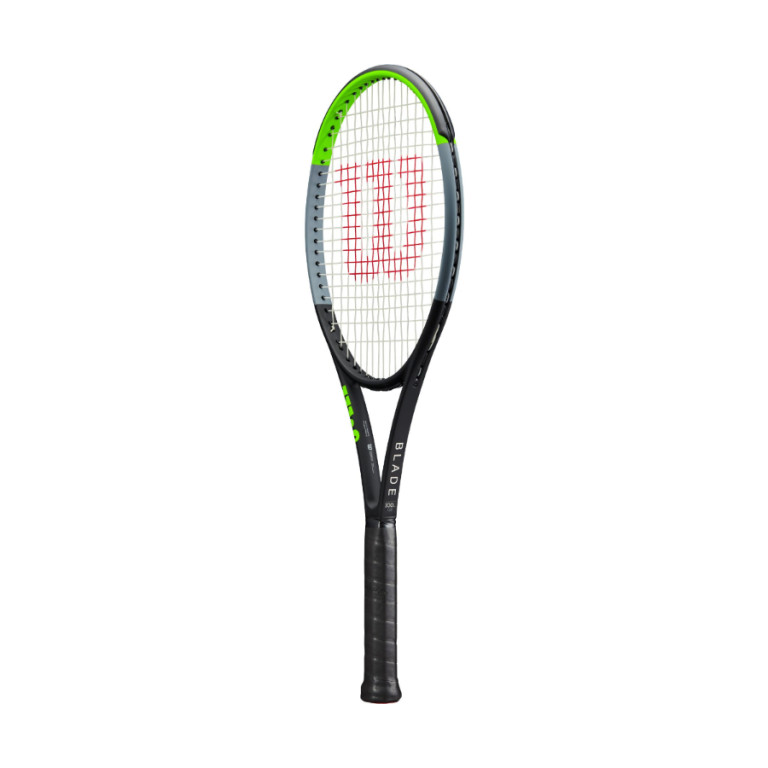 WILSON BLADE Tennis Racket UNSTRUNG.  A new spec in the Blade range, the 100L is lighter, manoeuvrable and more forgiving option for beginner and intermediate players.  At just 285 g, anyone seeking a lighter frame with elements of added racket flexibility, stability and connected-to-the-ball feel should give this racket a whirl.

The Blade 100L packs the signature technologies and features of the new Blade V7.0 series in a lighter, more maneuverable frame.  Featured technologies include FeelFlex, a proprietary carbon mapping placed at strategic points throughout the frame to better complement the modern, vertical swing, and a Top Grip Taper to give two-handed backhand enthusiasts a more optimal grip for the top hand.

Located in Farnham, in Surrey – PURE RACKET SPORT specialises in only racket sports and has a large range of all you will need for your Tennis – and DEMOS to hit with at home…. Try out this Tennis Racket and our range of PERFORMANCE Tennis demo rackets in store in our HITTING ROOM.  We are here to give advice and guidance about which model might be best and explain how the latest racket technology directly can impact your game

About WILSON : Canadian-born Thomas Wilson established the company in 1914, partnering with American Jack Kramer in the late 1950’s  who created the Jack Kramer Autograph, which turned out to be one of the top-selling racquets of all time.  In 1967, the company introduced the first steel racquet, the Wilson T2000. – endorsed by Jimmy Connors  In the 1980s Wilson began developing rackets with an entirely new construction made with graphite and Kelva.  Pete Sampras used the original Kevlar Pro Staff 85 racket,for the majority of his entire professional career.  Wilson continued to present day positioning themselves among the game’s legends by signing both Roger Federer and Serena Williams Williams have both used Wilson racquets to win a stunning number of combined major singles championships in their careers.