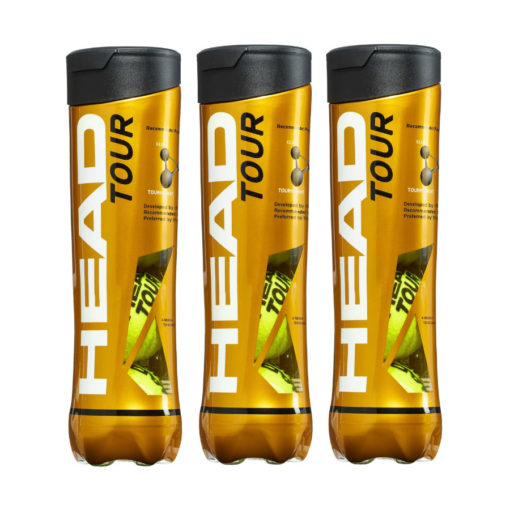 HEAD TOUR Tennis Balls – 1 Dozen (3 x 4 Ball Tubes).   Developed in conjunction with their professional players, the HEAD TOUR ball went through rigorous testing to ensure that it provides the perfect mix of spin and control.

Thanks to Encore™ Technology, HEADs flagship tennis ball is highly durable, while SmartOptik Technology ensures an improved visibility at all times and on every surface. This is the ultimate ball for the world’s biggest courts; perfectly capable of withstanding the world’s hardest serves, forehands and backhands.

At PURE RACKET SPORT see our wide range of tennis equipment, rackets and clothing.  Take advantage of our Hitting Room to try out each racket.   We are here for any guidance and advice on the sensible option and give a balanced opinion based with our 25 years of experience…………