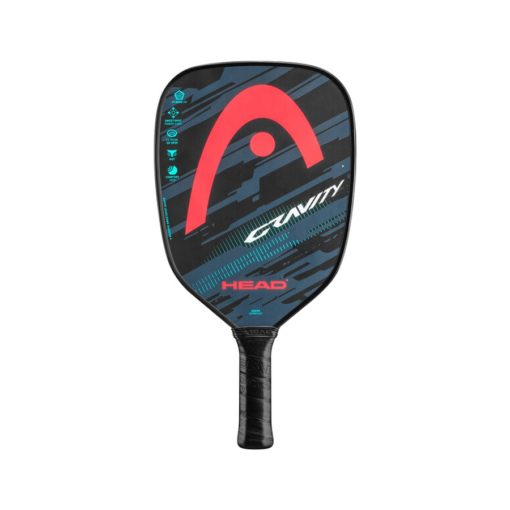 HEAD GRAVITY PICKLEBALL PADDLE 2022.  This new model combines HEAD’s latest technologies that work together for an ultimate paddle experience. With a massive sweetspot it combines great power with the soft impact feel you need. The Hybrid Hitting Surface provides a truly superior blend of power, comfort, control and stability, while HEAD’s Sweetspot Power Core takes care of the unique soft and powerful impact feel. With its Extreme 3D Spin and Handle Stabilizer Technology, the premium Gravity model is perfect for power players.

PICKLEBALL ENGLAND – Basic Rules.     In doubles, the ball is served underhand from the right side, diagonally across court. In singles, the player serves from the left. The ball must bounce once before being returned, and after the third bounce, can be volleyed.