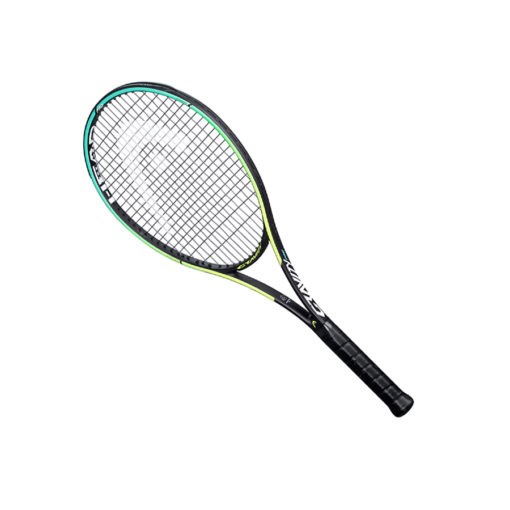 HEAD Graphene 360+ GRAVITY MP Tennis Racket.  New HEAD release for 2021 of this Gravity Range offers the ultimate control over the ball thanks to its unique teardrop head shape. Endorsed by Alexander Zverev and Ash Barty.

This racket has a massive sweetspot –  the 16/20 string pattern provides the perfect mix of power and control. It has a bold new flip design, with a yellow-green fade on one side and a blue-violet fade on the other. . Weighing 295g, the MP version of the Gravity is the perfect choice for players who like to experiment with their shot making – the lighter weight, combining with it’s string pattern, offers versatility over and above the more defined Pro and Tour models.