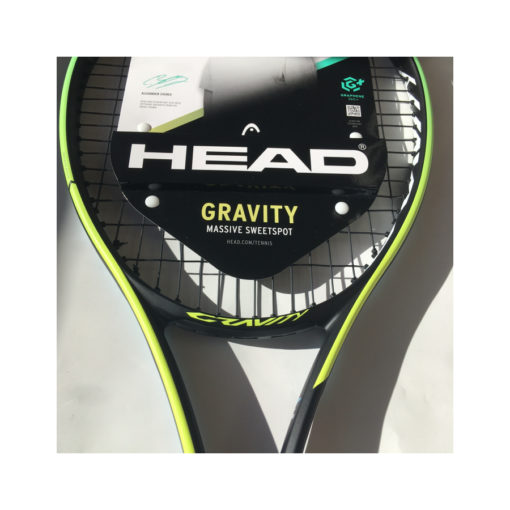 HEAD Graphene 360+ GRAVITY S tennis racket.  New release for 2021 this Gravity Range offers the ultimate control over the ball thanks to its unique teardrop head shape. Even if you’re not precisely in the right place at the right time, the HEAD Gravity’s large, forgiving sweet spot, larger head size, and unique frame construction gives you the confidence you need to go for the shot.

The GRAVITY LITE might be the lightest racket in the GRAVITY series, but it still includes all of the range’s performance benefits.

The racket’s distinctive sweetspot comes from the teardrop-shaped head. SWEET ZONE:  The special sweetzone is created through a rounded head shape,  with the widest stringbed section raised to the tip for modern play.

The GRAVITY LITE features the Graphene 360+ technology, a combination of Graphene 360’s energy transfer and innovative spiralfibers for enhanced flex and clean impact feel. The GRAVITY series is endorsed by Alexander Zverev and Ashleigh Barty