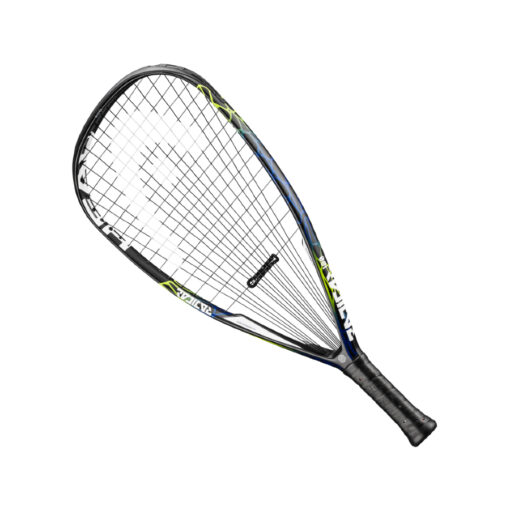 Head Graphene Touch Radical 180 Racketball Racket – Now with PWRail Technology, this racquetball racket is designed for players with slower swing speeds looking for more mass but still want effortless maneuverability. By lowering the balance point to a head light feel, you are able to use the additional mass and increase swing speed to create explosive power.

What is Graphene exactly? Well Graphene is an ultra-light and ultra-strong substance which is 200 times stronger than steel. Head places Graphene in the shaft so that weight can be redistributed to more functionally relevant areas of the handle and tip. This unique construction provides players with increased swing weight for more power with less effort.

The best way to research buying a new racket is to visit our store at Farnham, in Surrey.  PURE RACKET SPORT specialises in only racket sports and has a large range of all you will need for your sport.    We here to give advice and guidance about which model might be best and explain how the new technology can improve your game.