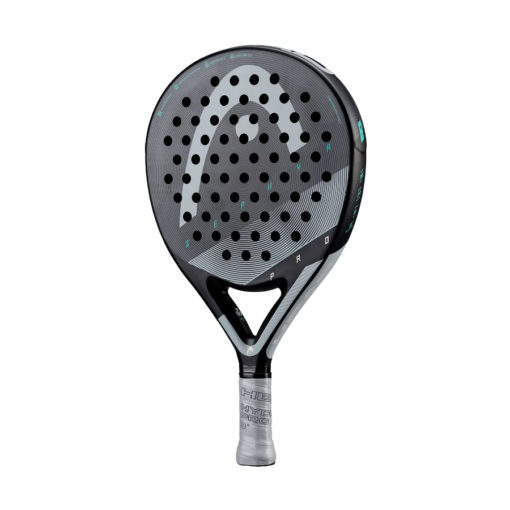 HEAD Graphene 360 ZEPHYR PRO Padel Racket   The Zephyr PRO from our Zephyr family is characterised by additional weight that spreads evenly over the entire surface. Perfect for players who want a bit more power in addition to touch and comfort. Its round shape and graphene touch technology provide the perfect mix of control and comfort. But that’s not all: an integrated protection increases the durability of your racket on the pitch. This upgrade will delight you.

HOW TO PLAY THE GAME – PADEL

Format: Padel is played in a doubles format
Scoring: Padel uses the same scoring system as tennis
Volleys: as per tennis, you can volley the ball at anytime apart from the return of serve
Serving:
• You start from the right hand side, with an underarm serve, which must go into the cross court box
• The server must bounce the ball before serving, and connect with the ball below waist height
• The server must keep at least one foot on the floor when serving, the feet must not touch or cross the serving
line
• If the ball hits the net and lands in, a let is called; if the balls lands in the box and hits the wire fence it’s a fault
• If the ball lands in the box and hits the side wall or back wall, the ball must be played as in.
• You have two serves as per tennis