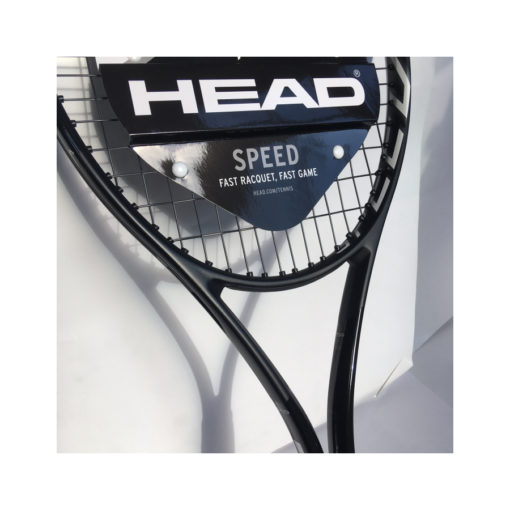 HEAD GRAPHENE 360+ SPEED MP BLACK Tennis Racket 2021.  Limited edition Black colourway of the Speed MP.  The Speed MP is slightly lighter than the Pro and provides the silo’s characteristics in an easier-to-handle version for a wide range of players. It comes with the new Graphene 360+ technology, a combination of Graphene 360’s energy transfer and innovative spiralfibers for an enhanced flex and clean impact feel, as well as a 16×19 string pattern for enhanced spin during fast rallies. The Speed MP is available in a new design with an asymmetric combination of matte and glossy white and glossy black.