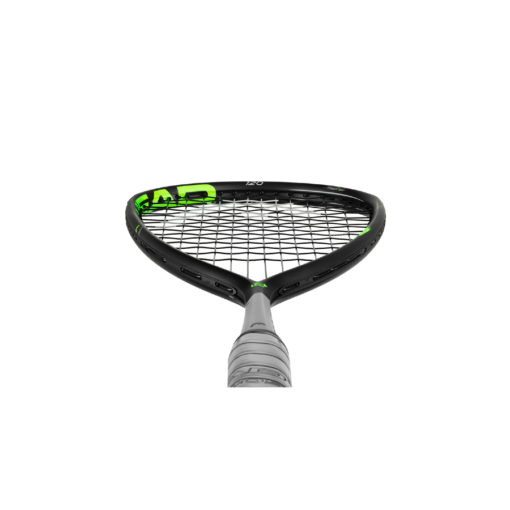 HEAD GRAPHENE 360+ SPEED 120 Squash Racket 2021 Upgraded with a new frame and Graphene 360+ technology, and endorsed by Saurav Ghosal, the Graphene 360+ Speed 120 is made for the aggressive power player who wants more touch. Along with the Octagonal Power Technology in the shaft that improves playability, the ultra-modern 120g frame comes with Stringbed X-Tension Technology which increases rebound for additional power.

The perfect racket for the attacking front-court player who is seeking more touch, the Graphene 360+ Speed 120 is engineered with a new mold and some of HEAD’s pioneering technologies. Along with the Octagonal Power Technology in the shaft that improves playability, the ultra-modern 120g frame comes with Stringbed X-Tension Technology which increases rebound for additional power.

For even more power, the racket also now has Graphene 360+ technology, a combination of Graphene 360’s energy transfer and innovative spiralfibers which supply enhanced flex and clean impact feel. Among the other technologies is HEAD’s Adaptive Fan Pattern, which allows you to choose between a straight string pattern for more power or a special fan-shaped pattern for enhanced control. Saurav Ghosal endorses this racket, which has a teardrop shape that allows for extra power, as well as a fresh, bold and modern design.