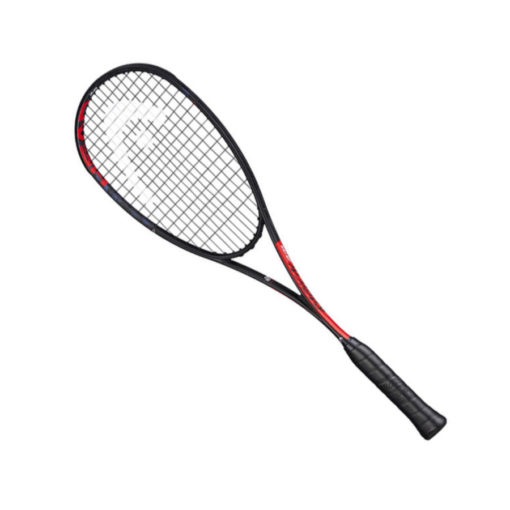 The racket features new Graphene 360+ technology, a combination of Graphene 360’s energy transfer and innovative spiralfibres for an enhanced flex and clean impact feel. In addition, its Adaptive Fan Pattern (AFP) technology allows you to choose between the straight string pattern to maximise your power game or the special fan-shaped pattern to optimise your ability to control the ball. The racket’s unique thin beam makes it very aerodynamic and ensures that you can recover any ball even when close to the wall. Super accurate and control-friendly, the 135 is the perfect choice for the allround tournament control player.