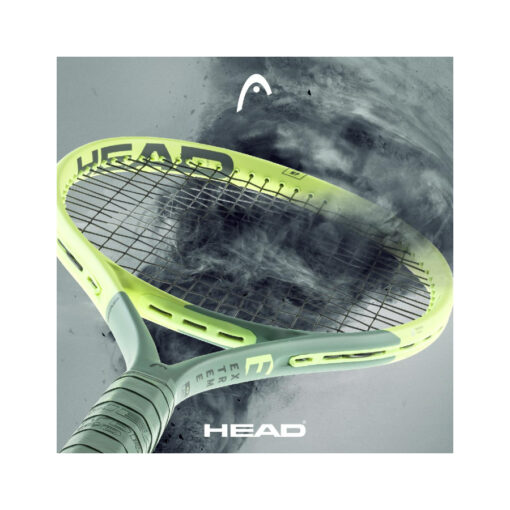 HEAD EXTREME TEAM Tennis Racket 2022   Extreme performance thanks to a shaft that helps create extra spin, the EXTREME TEAM has unique spin grommets which allow more string movement and a powerful trampoline effect on impact with the ball.  New for 2022 this racquet has been upgraded with innovative Auxetic technology for an outstanding, crisp impact feel.   Endorsed by Matteo Berrettini.  Try out a new DEMO version, at home or in store…

Graphene : Strategically positioned in most of our racquets, Graphene strengthens the frame, provides greater stability and optimises energy transfer from racquet to ball. When you buy your next racquet, be sure it has GRAPHENE INSIDE.