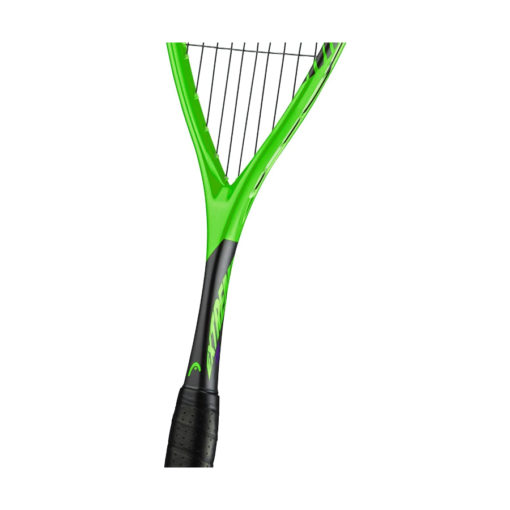 HEAD EXTREME 135 Squash Racket – Green.  This Extreme 135, with its even balance, is slightly heavier than the Extreme 120.   It’s an even all-round racket, perfect for the club player who feels at home on all parts of the court.   High Tech Features include: INNEGRA, which one of the world’s lightest high performance fibres.