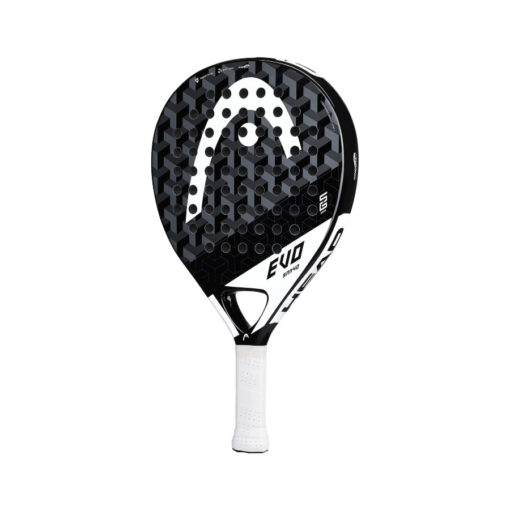 HEAD FLASH Padel Racket 2021 –   This new and updated HEAD SANYO padel racket is an ideal teardrop shaped, entry level bat, with an excellent balance between control and power.   It has a larger sweet spot,  and and the core consists of soft foam,  making it more comfortable with greater vibration absorbtion.   Its carbon frame is reinforced with Innegra technology for greater power.

HOW TO PLAY THE GAME – PADEL

Format: Padel is played in a doubles format
Scoring: Padel uses the same scoring system as tennis
Volleys: as per tennis, you can volley the ball at anytime apart from the return of serve
Serving:
• You start from the right hand side, with an underarm serve, which must go into the cross court box
• The server must bounce the ball before serving, and connect with the ball below waist height
• The server must keep at least one foot on the floor when serving, the feet must not touch or cross the serving
line
• If the ball hits the net and lands in, a let is called; if the balls lands in the box and hits the wire fence it’s a fault
• If the ball lands in the box and hits the side wall or back wall, the ball must be played as in.
• You have two serves as per tennis