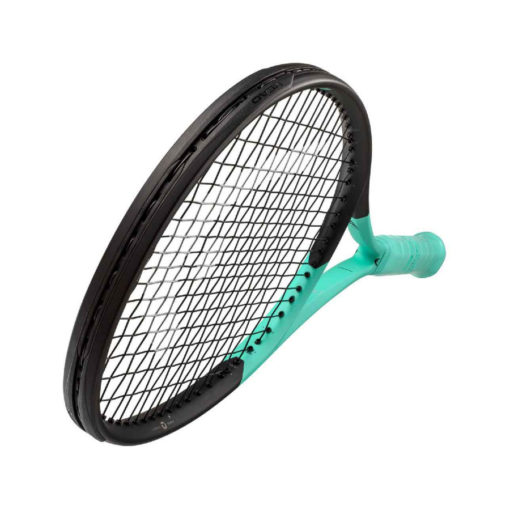 Technologies include a Morph Beam, which combines an elongated box beam shaft with a more powerful construction in the head. The Boom MP also packs a wider more responsive contact zone in the upper hoop where experienced players make contact. The result is not only a more expansive sweetspot, but also a more generous spin-window at the racquet’s maximum leverage point (think heavy ball). In addition to Graphene 360+ (which helps with power and stability), this racquet includes a uniquely flexible Auxetic construction in the yolk, a feature that optimizes ball feedback according to impact location.

This is the first time that a tennis manufacturer has used Auxetic construction to make a racquet. And, according to the two British scientists who have collaborated on the project with HEAD, it’s a technological breakthrough in tennis racquet engineering that could potentially transform the sport and perhaps even the entire sports industry.  Auxetic materials do something very surprising when stretched along their length: they become fatter. They have another counter intuitive property – when compressed, they get thinner.