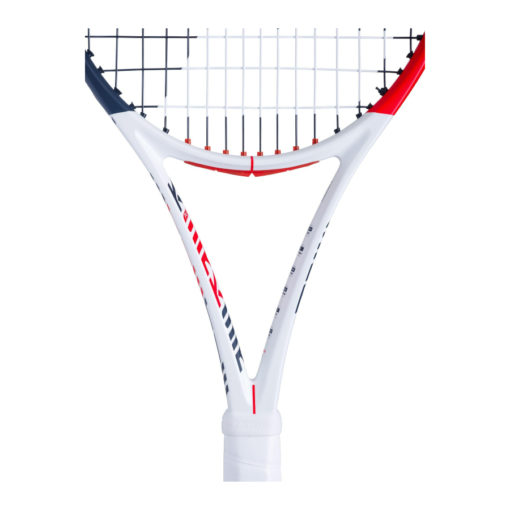 BABOLAT PURE STRIKE LITE tennis racket  Light-weight control and feel for ambitious beginners. At 265g, the Pure Strike Lite is the lightest in the range but maintains its core characteristics and specifications from the flagship model, most crucially the beam width and head size. The makes the racket one of the most competitive available for players looking in the lighter weight category, as well as ambitious junior players moving on to their first full-sized racket

The Pure Strike has long been Babolat’s leading range for players wanting to keep the ball under control while striking with full confidence and feel. The latest edition takes this one step further with the introduction of Control Frame Technology which improves the stability of the frame, allowing for more precision on shots. The other major addition is C2 Pure Feel, a cutting-edge vibration filtration lay-up system that makes this edition of the Pure Strike the most satisfying to play with