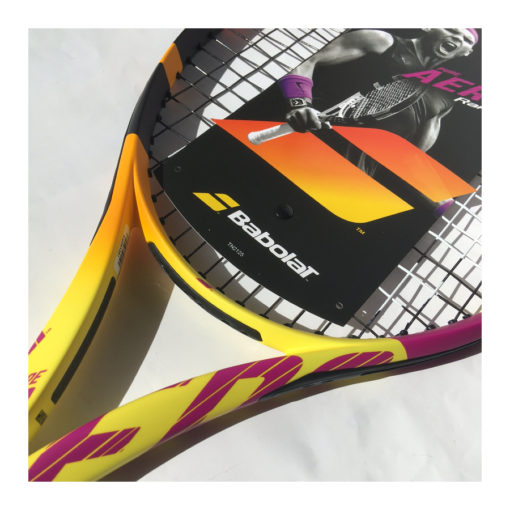 The Babolat Pure Aero Lite is lighter and easier-to-handle than that of the Team & standard Pure Aero.  At (270g) this tennis racket is ideal for advanced junior players (aged 11 to 12 years) and adult intermediate (club players) who are looking for lightness, manoeuverability and spin.

The PURE AERO was originally inspired and built because of Rafa Nadal.   In the words of Eric Babolat, CEO of Babolat.   “When we understood how strong he would be, we decided to build a new racket completely adapted to his game. A racket that focuses on power and spin” –